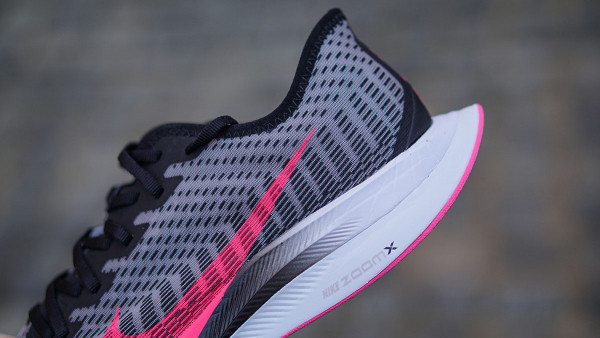 Over the past few years, there are few running shoes that had as much impact at the Nike Zoom Pegasus 35 Turbo when it was released back in 2018.

Although it utilizes the same lightweight ZoomX foam found in the 4% and later released Vaporfly Next%, the Pegasus 35 Turbo was a shoe targeted less towards racing and more towards speed over daily running, but incorporating the technology that was making Nike's race shoes so popular into its existing Pegasus range.

A year later and Nike upgraded the ridiculously popular shoe amongst general runners with the next generation, the Nike Zoom Pegasus Turbo 2. Considering the previous model was by far one of our standout shoes over the last few years, we were fairly excited to see how Nike would improve upon it.

Since the release of the original Zoom Pegasus 35 Turbo, we've seen a deluge of brands developing shoes designed to target the general runner looking for speed and training comfort. We take a look at the Nike Zoom Pegasus Turbo 2 to see how it compares with the previous version as well as the other options out there at the moment.

Although the core design features of the Nike Zoom Pegasus Turbo 2 are things that sit hidden within the build, the aesthetic look is by far one of our favorite styles of shoe over the past few years. It's a design that's common across the rest of the Pegasus range and inevitably one of the main reasons why it's so popular amongst the masses.

It's an instantly noticeable style that offers one of the sleekest and, thanks to an impressive range of colorway options, stylish shoe ranges in the running shoe market at the moment. The new Ekiden option, which spans the Next% and ZoomFly is a testament to how much effort Nike has put into the cosmetic aspects of the shoe.

The ZoomX Foam that sits within the midsole has thankfully not been modified. Instead, Nike has attempted to improve the shoe by modifying the upper and shaving off a few grams from the overall weight. That update comes in the form of a thinner material that removes the previous Flywire midfoot cables, as well as an ultrathin tongue and reversed collar.

Like the original, the midsole combines two different materials. The responsive ZoomX that offers a high level of energy return and the layer of React foam that helps with stability and produces a more durable shoe. On the outsole is a hexagonal tread which features a sprinkling of rubber across key areas for added protection without causing too much additional weight.

As with the original, there's also no carbon plate in the shoe.

The original Pegasus 35 Turbo was an exceptional shoe for many reasons and Nike successfully managed to take the speed and energy return elements of its leading race tech and turn it into an everyday shoe.

The fact that Nike decided to leave the midsole design alone is a testament to the fact that it got it right first time, offering an incredibly comfortable run that manages to feel soft and spongy, but with an impressive kick that propels you forward with each step.

When you strap on the Nike Zoom Pegasus Turbo 2 that feeling is still very much there, even more noticeable in the first few wears of the shoe. It's an enjoyable experience and makes you feel like you're very much in control of your session, especially when you start to pick up the pace.

As for that upgraded upper section of the shoe, well, we did find a few issues. Yes, it may have shaved off a few grams in terms of overall weight but the cost of that for comfort and fit has some negatives.

For us, the most noticeable difference comes in the form of the ultra-light tongue which did need a fair bit of playing around and re-tying of the laces to get a comfortable fit. In addition, the new lightweight, thinner upper doesn't feel as secure as the previous shoe, inevitably in part due to the removal of the Flywire midfoot cables.

It's not a major issue, and the shoe is still an extremely comfortable piece of footwear. There's just a slight looseness as you run which wasn't there in the original design. We've covered around 50 miles in them now and it's more of a slight annoyance than a deal-breaker.

Like the previous model, the Turbo 2 is true to fit and that spattering of rubber on the midsole does offer a high level of durability. We would however say that if you're planning on doing really high mileage, you're not going to get the same level of training use out of these as you would a thicker, more cushioned shoe.

In terms of races, the Nike Zoom Pegasus Turbo 2 delivers. Normally when we talk about all-round shoes there's a trade-off to hit that balance between longer runs and racing. With the Turbo 2's the only trade-off is that durability over training, as a race shoe it's up there with some of the best speed shoes available today and we've hit some of our fastest times wearing both the original and the Turbo 2.

There's no denying that the original Pegasus Turbo is one of the best shoes we've seen released over the last three years and the fact that there have been minimal changes to the updated version is definitely a good thing.

As a training shoe or race shoe the Nike Zoom Pegasus Turbo 2 is a formidable choice and delivers on every front. The ZoomX foam mixed combined with the React foam still offers one of the most impressive rides you're likely to find and the lightweight design is an incredible feat.

Our only issue comes in the fact that the original may actually be better than the upgraded version, offering a higher level of comfort and slightly more support across the foot. It's not a massive difference, but when a brand makes changes to one of your favorite all-rounder shoes, you're going to notice even the slightest problem.

That's said, it's still by far one of the best shoes for people looking for a fast and light racer that they can be used equally as well for longer, speedy training runs.