Review: On Cloudflyer | The popular support shoe gets a third upgrade

Comfort, cushioning and some very nice colorways to choose from 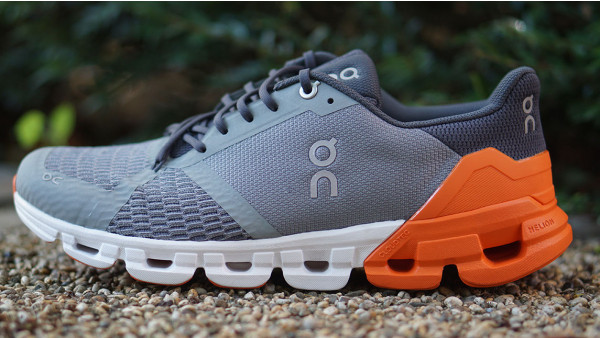 The Cloudflyer has been a stalwart of On's running shoe lineup since way back in 2015. Now, in its third iteration, the popular support shoe incorporates a number of updates focussing on comfort and energy return.

Like its predecessors, the third version of the Cloudflyer is a shoe designed to offer a balance between comfort, support and weight. Aiming for an audience that wants a daily trainer that delivers versatility for general running as well as adding a subtle level of stability.

On has piled in a host of upgrades to the shoe. Those include bigger cloud pods ‚Äì specifically around the heel section ‚Äì a new forked rubber outsole, an upgraded upper mesh and the welcome addition of Helion Superfoam into the midsole.

We've covered over 150km in the Cloudflyer so far, testing it out across multiple distances and training formats. Is it worth investing in as part of your shoe quiver? We take a look.

Let's start with how it looks. Aesthetically the Cloudflyer has undergone an impressive update, to the point where it actually looks like a completely new addition to the On range instead of an upgrade to an existing model.

When we opened the box, our first impression of the shoe was that it was a chunky piece of kit, almost reminiscent of the more ample Cloudace design. Despite that appearance, when you pick it up two things stand out: firstly, it's lighter than we expected, and secondly, they feel very soft and plush. Not something we experienced with the Cloudace.

Of the many updates made to the Cloudflyer, the most important is by far the Helion Superfoam in the midsole. When On began introducing its own midsole material across various products it was a decision that instantly made performance improvements.

In less cushioned shoes from the range, the Helion Superfoam helped to solve an issue that many runners had around the hardness of the midsole. With a support shoe like the Cloudflyer, those improvements are even more noticeable.

Other features include making the Cloud pods bigger ‚Äì an update which On state adds even more cushioning and durability, specifically for heel strikers. There's also a forked cloud rubber outsole ‚Äì designed to create a healthy rolling motion with a stronger push off, and an upgraded upper mesh for better breathability.

Over the past few years, we've tested a wide variety of On's shoes, many of which still exist as part of our wider shoe rotations. However, there haven't been many new releases in recent months that have instantly won us over like the Cloudflyer has.

During daily training runs the Cloudflyer delivers exceptionally well, offering a plush, comfortable feel that makes churning out miles an absolute joy. As with all good daily trainers, the ultimate mark of an impressive shoe is if you don't think about it when you're out running ‚Äì it's something the Cloudflyer does very well.

The Helion Superfoam midsole is considerably softer than the foam used in the second Cloudflyer, offering a high level of cushioning that manages to absorb impact without feeling like you're losing out on energy return.

For us, it's a shoe ultimately designed for those daily training runs when your main focus is hitting your mileage. It's not a slow shoe, and if you're a recreational runner looking for one shoe to cover all of your runs, it's a very nice option.

If your focus is speed and races, you may want to consider it as a training shoe in addition to a faster counterpart. Although having said that, it may also work for those runners taking on a race where the key focus is completing the mileage instead of hitting a PB.

That comfort factor doesn't stop at the midsole. The upper section feels ample and cushioned, without being too thick or heavy. Although there is breathable mesh to the front, a large part of the upper is reinforced with a soft internal material. The tongue is also connected to the inside of the shoe upper producing a secure, sock-like feel; a nice little touch which makes a big impression.

While on the run there's nothing that particularly stands out about the Cloudflyer. But therein lies the reason that we enjoyed them so much. With a race shoe you want to feel the energy return with every step. You want to feel that the shoe is making you faster. That's not the case with a high mileage shoe.

With a daily trainer for general mileage you want to step out the front door in the knowledge that you don't have to worry about your feet being comfortable. It's that feeling of not noticing them after miles of running that makes the Cloudflyer work so well.

On have done an impressive job in updating what was already an enjoyable shoe to run in. Although it's classed as support shoe, the Cloudflyer is far subtler than many other options out there. The result is a light- feeling, cushioned, comfortable and plush ride that's a joy to head out of the door in every day.

The addition of the Helion Superfoam has made a massive improvement to how the Cloudflyer performs as well, resulting in a great all round daily shoe that can be used for training across any distance.