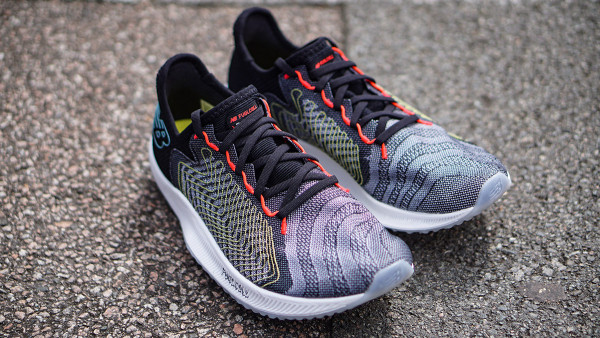 Over the last couple of years, there's a been a major shift towards brands trying to create the fastest new running shoes on the market. New Balance is one of the most notable in chasing that goal with its recent series of FuelCell products.

Using some of the learning from the 5280, the FuelCell Rebel claims to be a race shoe for those aiming for a PB over longer distances, with a focus on propulsion and high energy return.

We've been testing the shoe across multiple racing distances and longer training runs to see if it competes with the other options out there.

There's no denying that the FuelCell Rebel is a nice looking shoe. The slimline upper design utilises the increasingly popular bootie style, connecting the more rigid back of the shoe with the light fabric that covers the rest of it.

That makes for an extremely comfortable fit, but it does come up small (most New Balance shoes do), so we'd advise moving up at least a half size, or you're likely to find your big toe rubbing against the front fabric.

The FuelCell foam midsole is where the bulk of the running technology sits. There's no carbon plate as in many other shoes on the market but that's not a dealbreaker. The lightweight foam is noticeably cushioned from the get-go.

It also has a strange fin which sits the outer of the shoe (known as a flange), which is designed for stability when running.

When first testing it out we didn't actually notice it doing anything, but on closer inspection, and due to an overpronated style of running, it does offer some degree of support.

Whether that helps in any capacity, we're not actually sure, but if you roll your feet to the side when wearing them it does make a difference to how the foot feels.

Finally, the outsole is extremely minimal, only covering around 75% of the midsole foam. Inevitably this has benefits to the weight, however, it's a key indicator of how you should use the shoe.

Like the Pegasus Turbo, it's for races. Any continued use for training runs is going to mean they won't last very long.

We've tested the FuelCell Rebel a lot over the past month, using it for everything from 5km speed training to half marathon road races.

As a training shoe, we weren't particularly impressed. It's a comfortable shoe for races, but doesn't offer the support we prefer when slogging out longer mileage. At a slower pace, the constant hitting of the pavement is noticeable and if you're a heel striker it feels like you're taking a lot of that brunt in the foot.

As we've mentioned before though, this isn't a training shoe. During 10k races and half marathon, the Rebel is an impressive piece of kit. The bootie construction, twinned with the lightness, makes them feel fast.

Aside from the Nike racing range, we haven't tried anything that ticked as many boxes for us over the past year. The Hoka One One Carbon X comes very close, but the Rebel just pips it.

Also, despite the absence of a carbon plate, they offer a nice level of energy return for such a lightweight shoe, and that minimal outsole has the perfect level of grip for running on road.

The only thing we did notice is that over 50km the small gap in midsole foam that sits between the two separate block of outsole did start to get worn. If you're a forefoot striker you don't need to worry, but for any heel strikers, especially for those that overpronate, you may find the Rebels may lack durability.

If you're looking for a fast, lightweight race shoe, the FuelCell Rebel is definitely in the higher echelon. Especially when you consider the price is significantly lower than competitors like the Pegasus Turbo 2 ($180) or the Hoka One One Carbon X ($180).

If money wasn't an option we'd opt for the Pegasus Turbos, but at ┬Ż40 less you're really not losing out on much and for durability and race speed there's very little between the two.

If you're running predominantly track, you may want a specifically designed shoe like the 5280, but for anything from 5k to marathon distance the Rebel is an exceptionally competent shoe that anyone racing will be pleased with.

A very nicely designed shoe that offers a cheaper alternative to many other options out there without losing the benefits. One of our favourite road racing shoes on the market at the moment, but you will need to fork out for a separate pair of training shoes ŌĆō and don't forget to buy a half-size up. 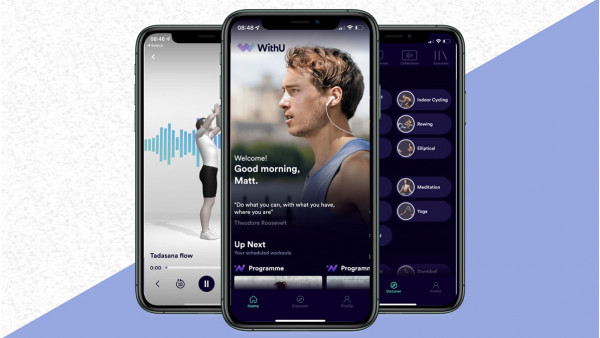 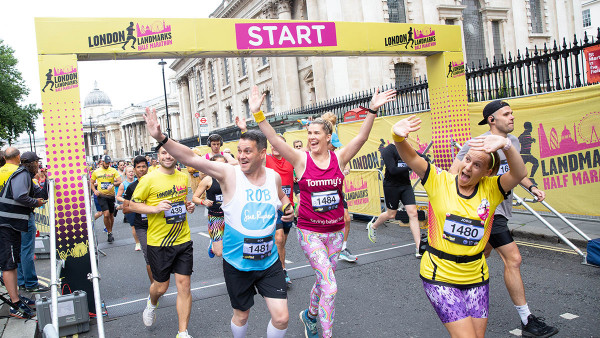