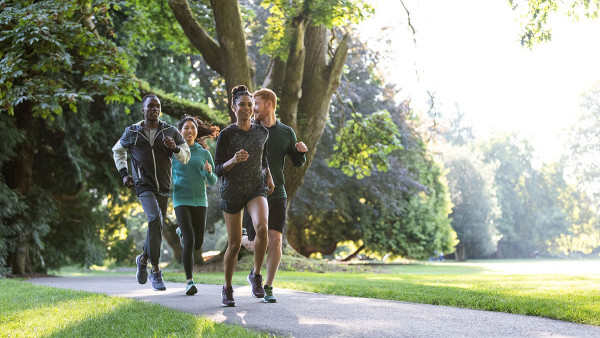 Although it has worked with a number of other brands, it will be the first time that parkrun has partnered with a footwear provider since it was created in 2004.

The three-year-long alignment will feature a number of initiatives promoting the joint philosophy that running should be inclusive, supporting all levels of runners on their training journey.

Nick Pearson, CEO of parkun commented: "the sense from us was always that largely sports brands are a little bit too performance focussed for the story that we want to tell and the collaborations that we want. There's very few exceptions that sit within that space, Brooks is absolutely the exception

"The parkrun community is a mixture of all different types and different experiences of running, walking and jogging, and there's an element of newness in there. There's definitely a barrier to overcome for people who are new and nervous about participating in running and physical activity. They don't know where to go and what do to about it. By sharing with them a Brooks story that fits with their story, it's going to be of great value to a big group of parkrunners."

The key element of the partnership will see bespoke Brooks activation zones appear at selected parkrun sites around the UK and Ireland. These stations, hosted by Brooks experts, will allow runners to swap their own shoes in order to test out a suggested pair of Brooks. Whether that's to take part in the 5k run or just to have a walk around in.

The Brooks experts will help parkrunners to work out what shoe is best suited to their style of running and training goals. Those teams will be a combination of national Brooks representatives as well as those with regional knowledge.

The initiative will also see involvement from Brooks' Run Happy team of ambassadors at the specific locations.

The events are likely to run once a month to begin with alongside online activity supporting the new partnership to both parkrun and Brooks' audiences. That could include competitions as well as giveaways.

The shoes available at the events will be a selection of the brand's core shoes. For cushioning that will be the GTS range, for an energized experience that will be the Levitate and Bedlam, allowing runners to choose between the neutral and support versions of those shoes.

Unfortunately, if you're looking to test out the new Hyperion range of shoes, there are no plans to include these as test options at present.

Matt Dodge, MD of EMEA at Brooks said: ‚ÄùAt Brooks, we want to inspire people to run their path to a better self. parkrun share similar values with a strong philosophy to make the planet a happier and healthier place. Through this exciting partnership, we are able to engage with a broader running community across UK and Ireland and deliver interactive experiences that bring to life the Brooks Running brand and help people find the perfect shoe that will enable them to Run Happy.‚Äù

According to Nick Pearson: We‚Äôre delighted to join forces with Brooks, our first-ever footwear partner that allows us to reach out to more walkers, joggers, runners and volunteers, and encourage them to take part. Every weekend, there are more than 900 parkruns up and down the country designed to encourage people to get active and feel part of a community. The Brooks event zones at selected events allow people to share their experiences and gain expert advice on how to enhance their parkrunning journey‚Äù

Information on those parkruns that will see the activation zones over the next few months has yet to be released. Follow Brooks on Instagram and Facebook for the latest information surrounding the partnership including all online activity.