Time to book in some bucket list races [UPDATED FOR 2022] 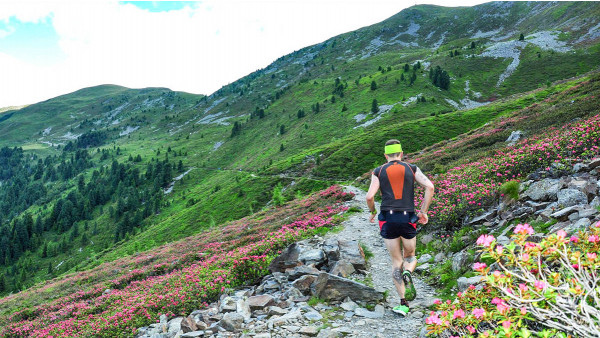 Howard is at home in the outdoors, be it running a 75-mile ultra or trail marathon, mountain-biking round the UKās trail centres or hiking up Snowdon ā if thereās mud and unpredictable British weather involved, heās into it. Heās even happier if thereās a decent coffee and a cinnamon bun at the end of it.

Howard is at home in the outdoors, be it running a 75-mile ultra or trail marathon, mountain-biking round the UKās trail centres or hiking up Snowdon ā if thereās mud and unpredictable British weather involved, heās into it. Heās even happier if thereās a decent coffee and a cinnamon bun at the end of it.

Monday
Our experts choose the best gear, events and locations to help you do what you love. Get Sweat Go may receive affiliate revenue from monetised links ā but we'll only recommend stuff we believe in.

Running can be much more than sweating it out and desperately trying to get a new PB. For many, it's a chance to pack a suitcase and explore a new destination somewhere across the globe, with Europe offering some of the most impressive locations to jet off to.

Whether you're looking for better weather, a great place to party after running or you want to push yourself to tackle some of the continent's most difficult routes, there are hundreds of races to choose from. Here we run through our pick of the bunch.

Although many European events are now planned to take place, some are still recovering from the effects of a global pandemic. To make sure you find out when registration opens for some of the races make sure you follow on their social channels.

Terrain: Enough hills to be tough, not enough to give you nightmares

Similar to the incredibly popular Loch Ness Marathon, this English alternative takes runners 26.2 miles around the country's largest and arguably most beautiful lake. With almost 1,500 ft of elevation, it's also one of the toughest road races you'll find across the UK.

Starting in the impressive ground of Brathay Hall and overlooking the northern shore of Windermere is an incredible place to start a race and sets an accurate tone for what comes next. Expect historic villages and towns, a 200ft climb known as 'The Devilās Gallop', the famous Newby Bridge and, if the weather is playing ball, amazing views over the Langdale Pikes. Oh, there are also some very enjoyable long downhill sections as well.

Terrain: Undulating, but only slightly.

The Route du Vin, if you didn't already know, is one of Luxembourg's most famous wine-producing areas. The half marathon takes runners along some of the impressive River Moselle as the race meanders along its course. Across the route expect beautiful countryside scenery from small towns, riverside bars and restaurants, boat cruises and water skiers.

The start and finish are located in the town of Remich, perhaps one of the nicest places to finish a 13.1 mile slog due to the massive range of places to sit and enjoy the afternoon sun whilst trying the local treats.

Terrain: As Mansun famously sang in 1996, youāll be in a wide-open space. But this wide-open space is exposed, hilly and completely off-road, crossing rivers on wooden footbridges as the ground steams around you.

If you find British hamlets claustrophobic, this is the race for you. Youāll be running in

The best one youāve never heard of

Calling an ultramarathon a āsupermarathonā already ups its status in our book. And it sounds like you need to be a superhero to get around this 73.9km race along the Rennsteig, Germanyās most famous hiking trail. Youāll run through Thuringian Forest, deceptively not a forest but a mountain range, alongside 15,000 runners doing different distances up to the 'supermarathon' in one of Europeās biggest races.

But forget the actual running for a minute ā more importantly, thereās a special ādumplingā party the night before. Carbs have never sounded so good. The āoatmeal gruelā at aid stations sounds less appealing, but competitors swear by it. That and meat, lots of meat: sausages, salami, lard on breadā¦

Forget the wine-heavy Marathon du Medoc ā beer marathons are the new big thing. And where better to take part in one than the home of expert brewing, Belgium? Starting out and finishing at the Duvel brewery north of Brussels, the 26.2-mile course will take you through three breweries ā Duval, Palm and Bosteels.

And we mean literally through

The best for wildlife

Terrain: Hills. Well, mountains would be more precise. Youāll even be running through snow.

OK, so weāre not sure if anyone has actually encountered a bear on this Romanian race, but following the demise of the famous Transylvanian Bear Race, this follows similar bear-laden routes through the forests and the Bucegi mountain range, adding a level of excitement (and fear) to the race that few other European runs can compete with.

Not only is there the risk of bear and wolf attacks, but the start and finish are at an iconic location ā Bran Castle, the birthplace of Dracula. Just try to ignore the fact youāre climbing the equivalent of Everestā¦

Terrain: Hills. Lots of them. Enough to keep any trail runner happy.

If you're well versed in the UK running scene it's likely that you've stumbled across the legendary race that pits humans against horses across the Welsh countryside. However, despite its fame, the 21-mile course is far from a large-scale event.

From the moment you set off from the small Welsh town of Llanwrtyd Wells, the race seems like a decidedly local affair ā which is all part of the charm. The concept may seem a bit unfair to the human participants but the addition of steep climbs, tight paths and various other obstacles means that the riders often have to dismount. To be honest, the horses rarely lose, but often it's only by a few minutes.

Terrain: Pretty flat, itās mostly run along the waterside, in the shadows of towering mountains.

Starting at 8.30pm, as close to the summer solstice as possible, this is the ideal race for insomniacs. Strap on your shoes and head to the start line in the northerly Norwegian city of TromsĆø for 8.30pm, where you will set off bathed in eternal twilight surrounded by fjord- and mountain-laden scenery that will (hopefully) distract you from any thoughts of sleep.

And best of all, no head torch is required. At this time of year, the sun does not set, so surreally you could be finishing past midnight in bright sunshine. The views are so mesmerising ā particularly the never-ending expanse of mountains right on the raceās doorstep ā that you will never get bored during the 26.2 miles.

We are fully on board with a marathon that boasts its own hymn. This brutal mountain race has such a song; learn it beforehand to help pick you up during the low points.

āEveryone is a winner/There are no losers/Soon or late/We meet at destinationā ā pure inspiration when your lungs are collapsing at 8,000ft. Thereās no respite in this race: itās all uphill, with a summit finish. Downhill? Pah, for losers, youāll be saying at 100ft. Eight hours later you might be thinking a little differentlyā¦

Terrain: It goes over mountains and volcanoes, for a very long way. It's hard.

The Transgrancanaria 129km is part of a larger selection of events that span the full three days, and it's by far the toughest. Beginning in Las Palmas, the race takes participants over a series of technical mountain peaks that increase in altitude over the first 90km, so don't expect many long, enjoyable downhills early on.

Although you're likely to have bigger things to worry about, the route covers the full length of the island and cuts directly across the center, so you get a full 360 view of Gran Canaria's beautiful landscape for miles. Probably a good time to stop and have a break.

Best for a PB

Terrain: Roads, dual carriageways (all glamour), but itās claimed to be the flattest course in Europe. Thatās all you need to know.

If youāre searching for a sub-something, this is the marathon that presents the best chance of bagging it. Itās gloriously flat, and organisers boast that 900 runners achieved sub-three hours this year.

Itās a functional run ā you wonāt be here for the sights, as a lot of it is on dual carriageways, but the last 10K makes up for it with fountains and landmarks surrounding you as you make your way into the Estadio de La Cartuja for a stadium finish. PR smashed, you can reward yourself with fine tapas and litres of red wine.

Distance: 13.1 miles
Terrain: Pretty flat. Don't bother with too much hill training.
The EDP Lisbon Half Marathon is the country's most popular race and sees over 35,000 participants take part every year. That overwhelming interest is largely due to the scenic route that takes runners along the beautiful Portuguese coastline and across the famous 25 de Abril bridge. As a runner, you can expect cheering crowds soaking up some early spring sunshine as well as live music to keep your mind off your aching limbs ā not to mention some of the best post-race celebrations in Europe.

The route is like a running tour of the city's most prized landmarks, including the impressive Jeronimos Monastery,

If you're looking for a running event to go hand in hand with a seaside break then Cyprus should be up there at the top of your list. There is a marathon distance option to the event, but let's be honest, a half marathon is a much more enjoyable experience to pair with your wine and seafood.

The route follows the beautiful Paphos coastline before heading inland and through the quiet countryside. As well as the scenery, the Logicom Cyprus Half Marathon offers a relaxed atmosphere fuelled by the city's holidaymakers and residents ā which is good because the race can get hot, so don't put pressure on yourself to get a new PB. 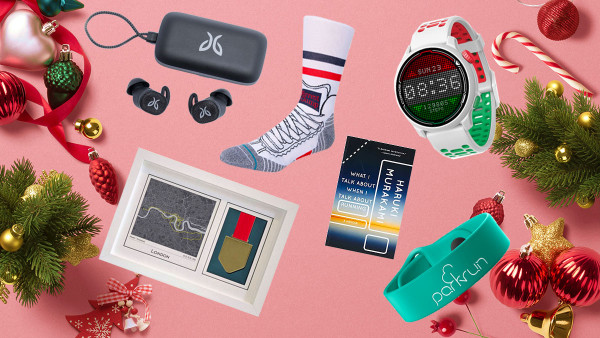