Fun and scenic routes to push yourself in the city 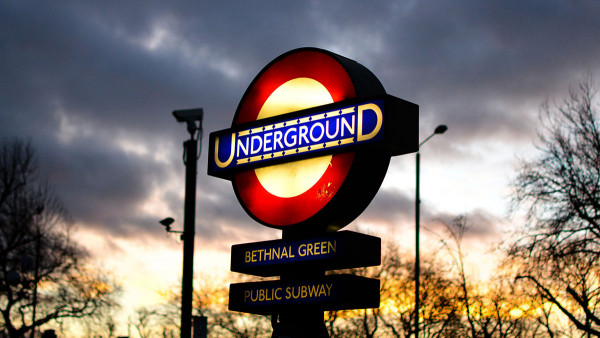 London doesn't exactly have a shortage of events when it comes to running, but you don't have to part with your hard-earned money to take on a running challenge in the city.

There are hundreds of clever and creative ways to add an element of fun and personal competitiveness to running in the capital, from tough long-distance routes to ticking off as many landmarks as possible.

Whether you're looking to spruce up a tired training plan or you just fancy exploring the city on foot, here are our top ideas for running challenges in London.

The London Loop is a circular marked path that covers 150 miles around the outer edges of London. Broken into 24 different sections, the long-distance route covers dozens of parks, woods and fields that surround the city.

Beginning at Erith on the south bank of the Thames near Dartford, it covers an enormous range of urban and open areas as it moves clockwise. Each section of which is carefully signposted and mapped by TFL on its website, so you can take on the route without fear of getting lost.

The beauty of the route, along with the fact that it offers a chance to see some of London's lesser-known areas, is that you can tackle it in smaller sections. Each of the 24 blocks vary between about 3 miles up to 10 miles, with each starting and ending close to transport, which makes it perfect for runners or walkers of different levels.

At 150 miles, it's a big challenge to take on in one go. But setting yourself the goal of covering the whole thing in a specific time period is a great way to see more of London. You even get a certificate for completing the entire route.

TFL also offers guides to other similar routes around London, including the Capital Ring ŌĆō a 78-mile path which circles the inner areas of the city.

Tick off the tube lines

There's a certain pride in covering a distance that most humans only ever do via public transport and taking on the various London tube lines is a great way to city the intricate, gritty detail of London.

The Underground is around 250 miles long across 11 different lines. The length of those varies enormously, along with what you can expect to see when you're following it above ground. The shortest line is the Waterloo & City, which is just 1.46 miles, whilst the longest is the Central, which covers 34 miles between West Ruislip and Epping.

All you need to do is pick a line, head to the start then follow the route past each individual station as head to the finish. Simple. It also means it's pretty easy to get transport back when you've finished.

With at least 35 bridges to cross in London, the level of difficulty of this challenge is entirely up to you. Taking on every publicly accessible bridge along the Thames between Putney and Tower bridge will see you covering around 16 miles and walking across 16 bridges, whilst a shorter option might be to head out from Westminster Bridge and cover the 4 miles to London Bridge.

If it's tourism you're after, then you're unlikely to find many routes in London that offer quite so much in terms of landmarks. The Thames path also offers one of the best options for avoiding traffic in the capital, which means that you can spend more time running and less stood at traffic lights, although you will need to cross many of the bridges, so don't expect a completely uninterrupted run.

There's more of a personal element to this challenge and you'll need to devise your own route in order to collect all of the London Monopoly locations.

If you want to keep it short and add an element of group fun to the challenge, the Runner's Guide To London has devised a set of rules to follow that incorporate a time limit and score system. However, if you just want to use the locations as a guide for your runs then get your map out and start working out your next route.

The locations on the London Monopoly board are largely located in the central parts of the city, although there are a few outlying locations like Old Kent Road and Whitechapel, so expect to head further afield if you plan to collect the whole board. Generic prisons and car parks optional.