The Sunday Long Run: Your fitness diary for the week ahead

Essential things to do, watch, listen to, download and sweat at 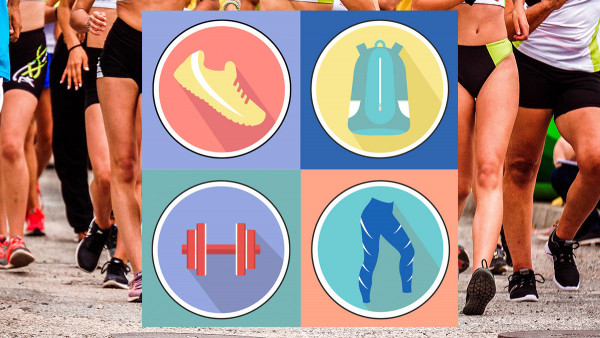 Howard is at home in the outdoors, be it running a 75-mile ultra or trail marathon, mountain-biking round the UK‚Äôs trail centres or hiking up Snowdon ‚Äì if there‚Äôs mud and unpredictable British weather involved, he‚Äôs into it. He‚Äôs even happier if there‚Äôs a decent coffee and a cinnamon bun at the end of it.

Howard is at home in the outdoors, be it running a 75-mile ultra or trail marathon, mountain-biking round the UK‚Äôs trail centres or hiking up Snowdon ‚Äì if there‚Äôs mud and unpredictable British weather involved, he‚Äôs into it. He‚Äôs even happier if there‚Äôs a decent coffee and a cinnamon bun at the end of it.

Sunday
Our experts choose the best gear, events and locations to help you do what you love. Get Sweat Go may receive affiliate revenue from monetised links ‚Äì but we'll only recommend stuff we believe in.

Another Sunday, another time-saving list of the who, the what and the where coming up in the fitness and outdoor world to keep you busy. Just sit back, grab that coffee and read our pick of the things that have got us excited for the next week or so.

Oh, and don't forget to check out some of this week's Get Sweat Go highlights:

Still training with wired headphones? If you haven‚Äôt checked your calendar recently, we can tell you it‚Äôs now the year 2019, time to get with a little something called Bluetooth. The headphones may be the higher end of the price scale, but as the saying goes, once you‚Äôve gone wireless, you‚Äôll never go back to wired. Or something.

These newly released Track Air+ from Danish sound-masters Libratone are perfect for workout sessions in the gym or your long runs on a Sunday. They hold six hours or charge, and you can boost them with three more full charges just by whacking them back in their case. They are sweat and splash-proof, so will handle all but the most extreme of weather patterns, and feature Active Noise Cancellation, which you can dial down if you need to hear the roads around you.

This documentary was in cinemas last year, but has only just made it to streaming services in the UK. We cannot recommend it highly enough ‚Äì seriously, knock yourself up a nutritionally balanced protein smoothie (or more likely a perfectly chilled IPA alongside a packet of Quavers) ‚Äì and enjoy this soul-soothing tale of an LA judge who set up a running club for the local homeless community and ex-offenders. Describing it as ‚Äòuplifting‚Äô doesn‚Äôt do it justice.

A tale of one man, six months and 446 UK peaks. Forrest ‚Äì in his own words by no means some sort of ‚Äúsuper-human, all-action adventurer‚Äù ‚Äì scaled every mountain in England and Wales on his own with no support during days off from work.

It all began with him saying to his girlfriend, ‚ÄúAren‚Äôt you bored of living in this city, of sitting at the same desk in the same office every day, of abandoning our dreams, of living for the weekend and hating the nine-to-five grind?‚Äù From that moment they started planning moving to the country and, before he knew it, James was bagging peaks like Bear Grylls on amphetamines.

Okay, the 80s are a bit like Marmite. Some of you probably saw this and immediately started planning your outfit, the rest of you, well, you've probably stopped reading this by now. But, whether you jump at any opportunity to drag out your 80s fancy dress box or you're just interested in how mainstream fitness has developed in the last few decades, 'Synthetics' is set to be a fun look back at a very strange time in the world of exercises.

A 60-minute session including nostalgic aerobics, pop culture history and retro choreography to a classic soundtrack of the 1980's, all whilst you're actually getting fit. It also only costs ¬£17, which is cheaper than heading to most boutique studios for a workout. Probably a good one for Instagram as well.

Slate: Man Up ‚Äì Why Men Refuse To Do Yoga

Let‚Äôs address the elephant in the room: many men fear trying yoga. In this Slate podcast, host Aymann Ismail investigates the fact that often for men, yoga is ‚Äújust something women do‚Äù, so to tackle this misconception he takes up the sport himself. After some initial scepticism, within 10 minutes of his first class he begins to see benefits, and by the end his mind has been changed completely. By the time the podcast is over, you‚Äôll be googling your nearest class.

Digme's Perform spin classes are the cutting edge when it comes to incorporating data into your workouts. So for anyone out there that loves to sit and rifle through a screen of post workout analytics, well, it's probably going to keep you fairly happy.

Over the course of July, Digme has been running a series of workouts to coincide with the current Tour de France stages. However, as the famous cycling event is coming to an end, so are the classes. You only have until 28 July to get yourself down to Digme and give one of the sessions a go. Expect time trials, epic climbs, sprints, challenges and a heap-load of prizes for those put in the extra mile (Including 2XU jerseys). Single class credits cost ¬£20.

Veloforte has made waves with its energy bars, offering something all-natural and different to other brands‚Äô bars that often feature unnerving lists of ingredients as long as your arm. Now, the company has branched into hydration, releasing two energy drinks (Attivo and Vivo) and an electrolyte drink (Solo). All are handmade from natural ingredients and real fruit, and they are plant-based and vegan so contain nothing you wouldn‚Äôt expect. The energy drinks contain around 22g of carbs, so will power you through whatever endurance event you are taking on, and they are a true taste sensation ‚Äì like real fruit juice rather than some of the teeth-screamingly sweet options out there, and should put an end to mid-event stomach issues.

Talking to yourself: no longer a sign of a deteriorating brain. It now has been proven to help you improve your times during sporting events. This fascinating Outside article looks at how it works, and tells you what you should be saying to yourself when the going gets tough. (5.00)

Osprey has just released a short film to get you in the mood for some bikepacking. Shut down your computer at 5pm on Friday, chuck your trusty steed in the car and head to the hills for riding and camping on the trails. (6.55)

A great round-up of the annual Night of the 10,000m PBs recently held on Parliament Hill athletics track, where amateur runners battle over a number of 10,000m events, alongside huge crowds, live bands and gigantic flamethrowers. If you missed it this year, make sure you don‚Äôt in 2020. (5.00)

The Get Sweat Go Running Playlist

Need a new playlist for you long runs? Download the Get Sweat Go Spotify playlist to hear what we're listening to as we tick off the miles next week.

Have an idea for something we should add to a future Sunday Long Run? Let us know by replying to our weekly post on Instagram or sending us an email at [email protected]. 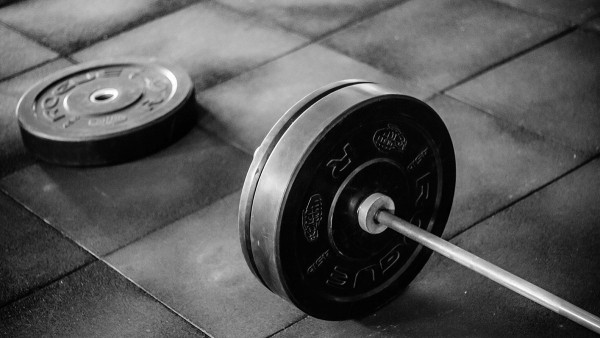 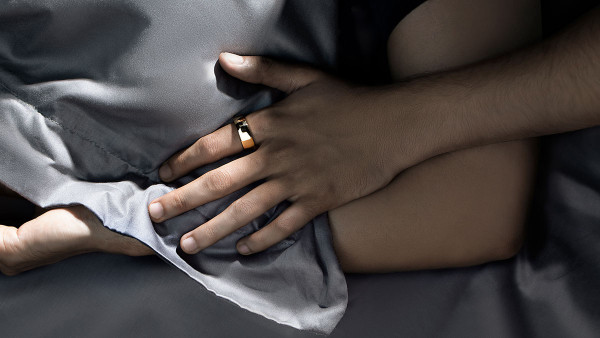 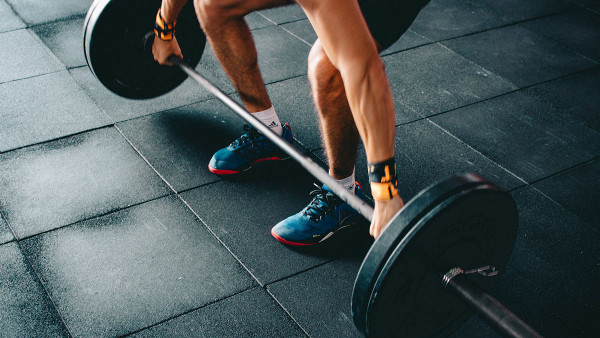 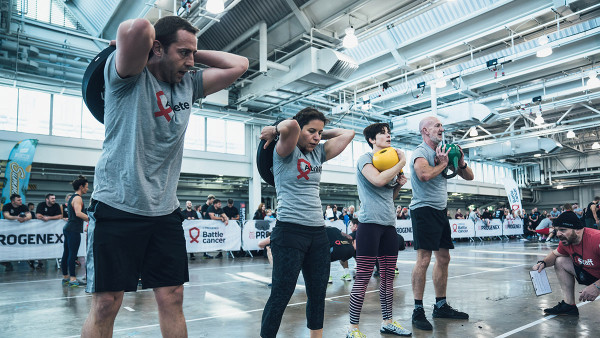 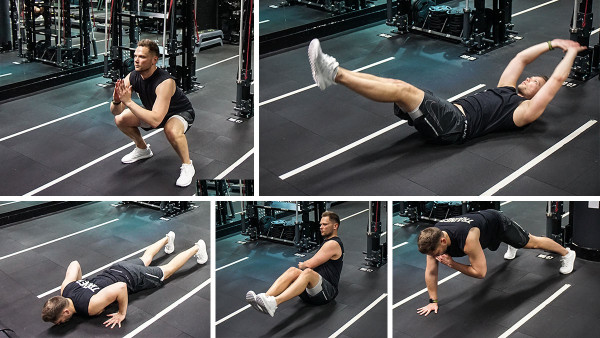 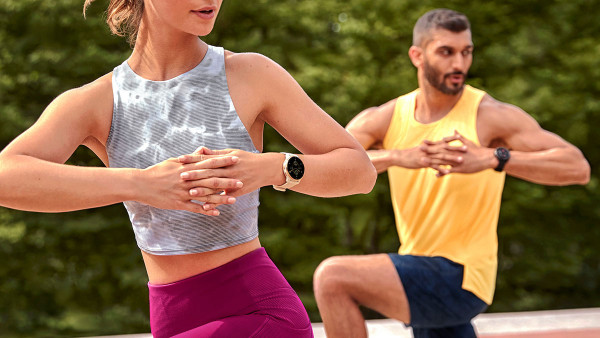