London's ultimate spin studios: The best places to get your sweat on 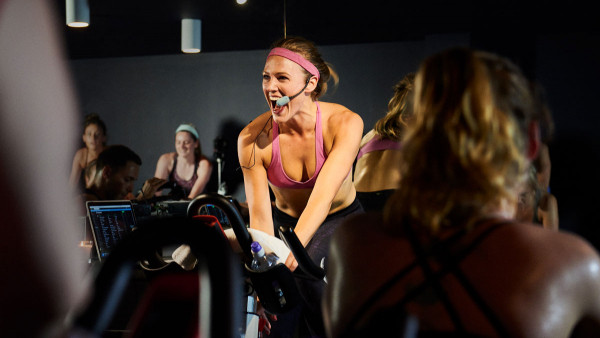 Sunday
Our experts choose the best gear, events and locations to help you do what you love. Get Sweat Go may receive affiliate revenue from monetised links ŌĆō but we'll only recommend stuff we believe in.

There's nothing like a heart-racing, leg-pumping spin class to get you energised and ramp up those endorphins for an epic day. Of course, some people may sneer ŌĆō perhaps they're part of the 'strength not cardio' crew or think that cycling inside on the same spot is utter madness. But let them - we know the true power of the bike. Whether you love a high energy, choreography-based class or a stats heavy session focusing around wattage and RPM, there's no denying that the group energy and sheer grind of a spin class leaves dull gym workouts in the dust.

London is the home of hundreds of studios for all kinds of workouts, and we've done the literal legwork in tracking down the absolute best spin studios for you to try. No matter what your goals are ŌĆō if you're just getting started in sport, if you're a class-hopper who likes to try a bit of everything or if you're training for a triathlon or sportive ŌĆō you'll find your ultimate spin spot on our list.

Digme ŌĆō named after Digme Beach, the starting point for the legendary Ironman Kona ŌĆō started life in cycling-mad Richmond in 2015 and has since expanded across the city (plus a branch in Oxford). It offers three styles of spin class: Perform, which trains you to improve your power, speed and endurance; Beat, a relaxed, rhythm-based class; and Ride, which is somewhere between the two.

Digme's classes run using Spivi software, which pairs each bike and its user to screens at the front of the class, so you can watch your bike-riding avatar take on virtual landscapes or just keep an eye on your stats. As well as structuring dynamic rides with hills, flats and sprints, instructors also include short challenges to push you to your limit, such as seeing how far you can cycle in three minutes or testing how much wattage you can push over 10 seconds.

While having your progress projected in front of the class may be unappealing to some, you can opt to be taken off the board and check your stats on your bike's personal console instead.

The classes use Keiser M3i bikes, which data geeks will be glad to hear are acclaimed for their highly accurate power meters. Along with its Matrix classes, which incorporate SkillMills and strength training, Digme is an absolute powerhouse for anyone with a fitness goal.

Perhaps the best known indoor cycling brand in the world, SoulCycle launched in the US back in 2006 and finally opened its first UK studio in Soho this June. Beloved by big names including Michelle Obama and Beyonce, SoulCycle set itself apart from the standard big gym spin classes by taking its focus from weight loss and self-punishment to empowerment.

Its endlessly enthusiastic instructors focus on sharing uplifting mantras and encouraging riders to embrace the positives in their lives, making the sessions as much a form of self-care as they are a workout.

The brand new London studio is hosting some of America's finest instructors for its launch, with the UK team still growing. Time will tell whether it'll quite reach the peaks it has in the US (New York City alone has 19 studios), but its stylish interior and infectious vibe is already well at home in London.

Launched by American-born model Hilary Rowland and her husband back in 2011, Boom Cycle was the first boutique spin studio to hit London. Now with five studios across the city, it's not hard to see why it has been so successful. The classes are hugely energetic, both in terms of the routines (plenty of choreo will see you hopping in and out of the saddle) and the instructors, many of whom are seasoned performers in another work life.

As well as the standard 45-minute classes (or 30-minute lunchtime sessions with added protein shake to refuel), the studio regularly has themed rides set around particular music or occasions. June and July see a whole host of Pride rides, while artist or genre-themed rides run all year round ŌĆō think 80s, rock, Gaga v Beyonce, garage and more. Each studio has a warm, welcoming atmosphere, making it a brilliant spot for beginners or anyone who feels intimidated by group exercise.

Crank is a super-friendly fitness studio set in south London's Copeland Park. It offers two types of spin classes: Ride, which is a music-heavy class based around big beats; and Perform, which focuses on improving your cycling skills.

If you're looking for a serious fitness boost, head to Perform, where you can expect FTP tests (that's functional threshold pace) and competitions ŌĆō against others and yourself. Don't go thinking Ride is the easy option, though ŌĆō while it has less technical chat than Perform, it's still a tough workout with heavy hill climbs and challenging sprints.

The studio has a more stripped back feel than some of the ultra glossy alternatives, but the classes are exceptional. Plus, being based in the same space as Crossfit Peckham, there's a great community vibe thanks to the on-site coffee shop and lounge. It even has the odd weekend ride into London's neighbouring counties if you want to make the most of your new-found bike skills.

This West London studio is a stone's throw from Parsons Green and Fulham Broadway stations, and fits seamlessly into the chic village feel of the area. There are two classes on offer. Firstly, Burn 45 ŌĆō a 45-minute long cardio workout which focuses on hitting RPM and power outputs, with each rider being given a score that gets displayed on the 'Burn Board' at the front of the class.

It's a heart-racing workout, but with a little less technical chat than some of the other stats-focused studios in London. If you're not keen on your performance being displayed to the class, don't worry ŌĆō you can request for your name not to be shown and check your score on your account afterwards.

Their other class is Core and Restore, a 50-minute session which blends myofascial release, core and glute exercises, and stretching to help you condition and recover in between Burn classes.

Body Machine Performance Studio's interiors are stunning ŌĆō minimalistic and airy ŌĆō so it's no surprise to find out its founder and head coach is also an architect. Frances Mikuriya founded her SpinAddikts brand back in 2004 and, after developing something of a cult following, launched the Body Machine studio earlier this year.

Spin classes include the Signature hour-long class, which has plenty of drills and out of the saddle work, plus a 60-minute Interval class to challenge your anaerobic fitness and a 90-minute Endurance ride. The high RPMs and intervals make SpinAddikts a great choice for runners looking for a cross-training option.

Additionally, if you like to mix it up, Frances is also a TRX Master Instructor ŌĆō take on a Core and Mobility class for a solid strength foundation or a basics class to get to know the equipment.

This City-based cycling studio is different in one very important way ŌĆō it uses real bikes. Rather than spin bikes, where the wheel continues to spin if you stop pedalling, Athlete Lab's Adjustabikes simulate the feeling of riding on a real road bike ŌĆō they even have proper gears and groupsets.

You'll be able to practise in a proper riding position that you can replicate on your own bike, plus track metrics like your power (how much energy you're producing), cadence (how many revolutions per minute your legs are making) and heart rate ŌĆō and it can be uploaded to your Strava account automatically when you're done.

If you're a road cycling fan or triathlete and struggle to fit in mid-week rides, this studio could be your ideal solution. Alternatively, if you want to take the leap from spin classes to outdoor cycling, get to know the feel of road riding with a few sessions here to be extra strong for when you hit the road.

One of London's earliest boutique studios, launching in 2014, Psycle's signature spin classes fuse the cardio workout with choreography and weighted upper body routines for a full body sweat. Each session lasts 45, 60 or 90 minutes, with powerful playlists curated personally by the instructors.

The rooms are kitted out with professional lighting systems so you feel more like you're in a club than a gym (definitely a far cry from the chain gym spin studios of yore), allowing you to totally lose yourself in the music.

Psycle has also expanded into barre, yoga and strength training classes with options for beginners, keen athletes and those looking to wind down after a hard week.

The clue is in the name for what sets this fitness studio apart: all the classes take place at a simulated altitude of 2,710 metres above sea level ŌĆō the equivalent of taking a spin class halfway up Mount Kilimanjaro. It sounds pretty wild, but exerting yourself in an environment with nearly 6% less oxygen than usual pushes your body to work harder under the pressure, causing it to produce more red blood cells.

The outcome? If you train in that environment regularly, when you compete at sea level you'll have more red blood cells to carry oxygen to your muscles. Research has also shown that altitude training can increase your energy expenditure at rest, meaning you'll burn more energy outside your sessions.

Based near St Paul's and Bank stations, classes at The Altitude Centre last just half an hour, but due to the decreased oxygen levels they become challenging very quickly. Featuring hard intervals to test your legs, heart and lungs, the classes aren't for the faint of heart but if you can handle them you'll certainly reap the cardio rewards.

Essential menŌĆÖs gym kit 2021
If you're going to squat, do it in style 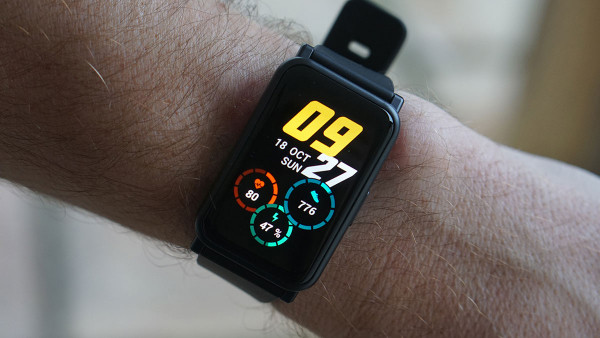 First Look Review: Honor ES
Sleek, light and a good option if you're looking for workout tools on a budget

Fiit: Train at home like you're in a studio
The community fitness app that tracks your training from the front room

Fiit: Train at home like you're in a studio 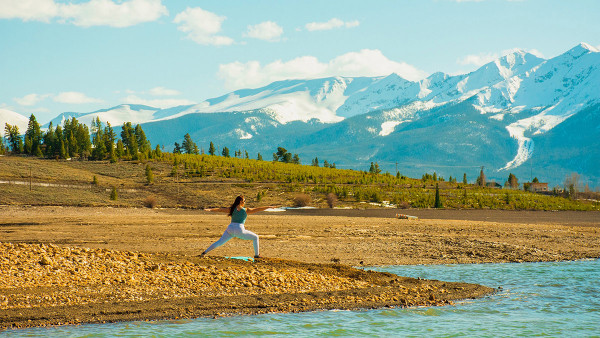 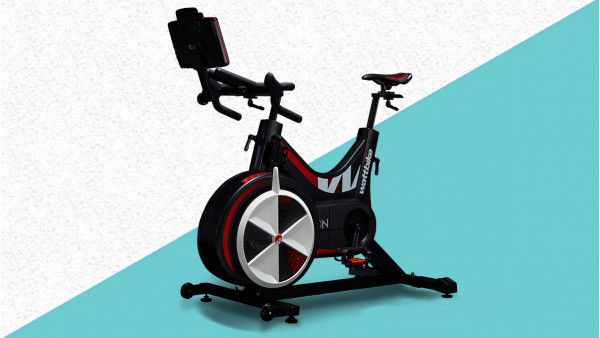 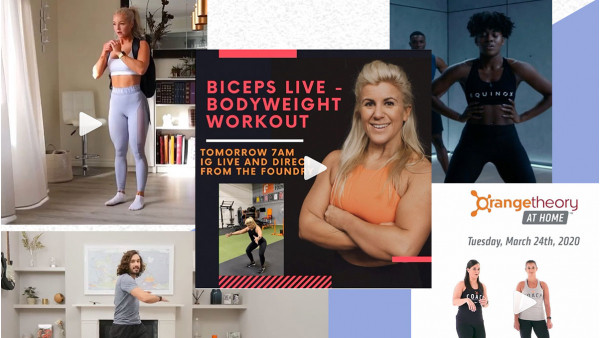 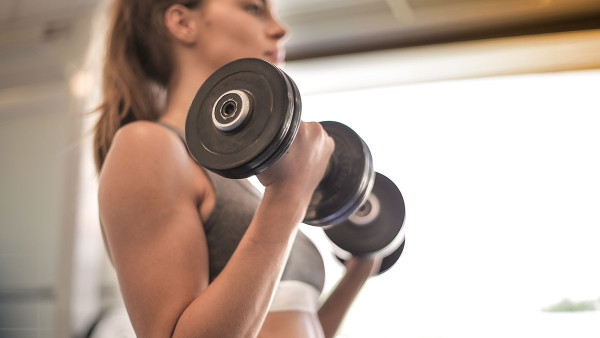