Yoga for men: What is Broga and why you need to try it 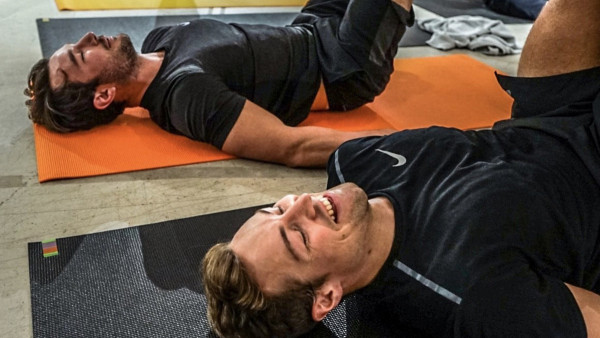 As a modern practise rooted in over 5,000 years of ancient Indian tradition, yoga has proven itself a serious business, and continues to gain popularity around the world as the years roll by.

The 2016 Yoga in America report conducted by Yoga Alliance and Yoga Journal said that the number of Americans doing yoga has shot up by over 50 percent in the last six years, with some 36 million people now doing yoga in the United States alone. But still, despite its growth into a standard form of fitness for all genders in the West, thereŌĆÖs still a massive misconception around yoga within the male population.

Up until recently, many men, especially those who prefer to improve their health via traditionally male sports and programs, viewed yoga as ŌĆ£not challenging enoughŌĆØ, ŌĆ£boringŌĆØ, or sometimes even worse: ŌĆ£something only girls doŌĆØ. However, these somewhat outdated opinions are changing, and more and more men are becoming acquainted with the mat. One company responsible for helping shift such attitudes is Broga, a yoga class crafted and aimed entirely for men.

As the name suggests, Broga - or ŌĆ£brotherly yogaŌĆØ - is a group exercise brand offering fitness-focused yoga classes geared especially to the male population, or those that believe they do not have the flexibility for standard yoga classes. Founded by ex-American Footballer, pro bodybuilder and training coach, Matt Miller, Broga incorporates cardio fitness, strength building, and yoga stretching simultaneously.

To make yoga more familiar to your average guy, a Broga class is designed around sets and reps which repeat multiple times so that the body has time to open-up and become more mobile. ItŌĆÖs all about stretching and lengthening the muscles while also building strength and correct alignment, so classes build in difficulty, and participants always have a place to work from, rather than, as Miller explains, just watching people do things they cannot because of limited flexibility.

ŌĆ£[ItŌĆÖs] my answer to filling a void in the yoga market for something that would appeal not only to yogis, but to sports-minded people, injured athletes, and beginners,ŌĆØ he tells Get Sweat Go.

Miller says that while Broga classes still retain key aspects of yoga, like mental and spiritual balance, they are designed to be physically challenging, emphasising on core-strengthening exercises and poses, muscle-toning and cardiovascular work. High intensity interval training is even woven in there.

ŌĆ£YouŌĆÖll get that pumped-up feeling you get from working out and a deep flexibility and relaxation feeling from ŌĆśworking inŌĆÖ,ŌĆØ he adds.

Benefits of yoga for men

Yoga is increasing in popularity between men for good reason. ItŌĆÖs not just about rocking those crazy contortions or cool-looking inversions on Instagram, thereŌĆÖs a host of physical and mental benefits it brings, too. For one, it extends the range of motion of those muscles that are usually the main targets for men when it comes to exercising at the gym, such as hamstrings, glutes, abdomen and shoulders.ŌĆ©ŌĆ©Such muscles can only be trained to a certain limit.

When men focus on certain exercises such as weightlifting or bench press, the repetitive and monotonous movements only affect certain groups of muscles. And in the long run, this will restrain the musclesŌĆÖ range of motion and growth.ŌĆ©ŌĆ© So, using yoga to lengthen the muscles and tissue improves blood flow, and better blood flow means more oxygen to the muscles, which in turn helps them recover faster so that they can grow.

Therefore, itŌĆÖs recommended that guys who train often alternate gym exercises with yoga classes.ŌĆ©ŌĆ© ŌĆ£Men typically use their bodies for a specific activity or sport and are primarily goal focused on that and that only," Miller explains. "They tend not to look at the body as a whole nor take time to balance out weak areas that are either neglected or strained repetitively.

"This thinking is old school and most pro athletes today do not train like this. Yoga is now Incorporated into many pro sport training programs, and as a result, players lifespans are increasing, and incidents of injury are decreasing."ŌĆ©ŌĆ©Men generally tend to be less flexible than women because of the size of their muscles, so doing yoga also helps increase flexibility.

ŌĆ£This can help with preventing injury and speeding up recovery,ŌĆØ says Broga instructor at MoreYoga, Charles Balogh - a London studio that's recently partnered with Broga. ŌĆ£Not to mention the breath-work through yoga is beneficial for increasing feel good hormones for a balanced mind and body."

So what sets it apart from a normal yoga class? Broga instructor Balogh says the classes, unlike most offerings, are based on a more 'strength' oriented approach.ŌĆ©ŌĆ© ŌĆ£It has the male sensibility of a workout with repeated sets and reps that builds in difficulty as your progress,ŌĆØ he explains. ŌĆ©ŌĆ©The Broga business also has a number of offerings called ŌĆ£BrogramsŌĆØ, which are yoga training systems designed to offer male yogis real tools for coping with daily stresses and demands through an accessible yoga-based fitness program, taught from a manŌĆÖs point of view.

ŌĆ©Another thing that separates Broga classes from your standard vinyasa class, for instance, is that they steer away from traditional "yoga speak" and terminology. A Broga class' language is more anatomically based - approaching all cues and terminology from a functionally achievable perspective. So instead of focusing on ancient yogic and Indian philosophy, some classes may even forgo the typical calming chants and soft music for more commercial rock music. This helps make classes feel a bit more down to earth and accessible to those who donŌĆÖt really understand the yoga philosophy, and might feel a bit out of place in class.

Also, because some men and hard-core athletes have less flexibility than typical yogis, Broga offers modifications of yoga poses so their participants don't feel like they have to reach certain standards of flexibility, like touching their toes.

ŌĆ£A standard yoga class typically assumes a lot about what you know and can do and sometimes lacks a focus of what the physical achievement goals are,ŌĆØ says Miller. ŌĆ£For example, sometimes we find there are words and yogi terms used for what participants are supposed to be doing and mentions of esoteric yoga philosophy terms, without a full explanation of what they are.ŌĆØ

Those attending a class will find that every practise has a specific body part focus depending on what the teacher wants to cover or the class needs, and each Broga sequence will start with a basic move that is repeated and gradually builds in difficulty, so that everyone in class is participating at their maximum level at all times.ŌĆ©ŌĆ©ŌĆ£No one is ever left out,ŌĆØ Miller adds. ŌĆ£And because Broga stands for ŌĆśbrotherlyŌĆÖ, each class ends in partner work, helping each other to achieve more than they could on their own.ŌĆØ

Despite its relatively quick success, Broga is still a baby in the UK yoga industry. It's only been operating as a full-time business for less than a year. However, since starting up, the brand has garnered some impressive results and is already offered across the world in classes, home workouts workshops, retreats, and teacher training, community centres, festivals, the lot.

ŌĆ£We already have over 400 active independent instructors across UK and Europe,ŌĆØ boasts Miller, adding how he believes Broga is helping more and more guys see the benefits on getting on the mat.

ŌĆ£As a whole, traditional yoga is growing rapidly in popularity, but the rate of male participants is still only between 25-28 percent,ŌĆØ he says. ŌĆ£A Broga typical class average is 40-60 percent male, which doubles the male participation statistics. This is something weŌĆÖre proud of.ŌĆØ

And it doesnŌĆÖt stop there. Broga is now a licensed provider nationally with David Lloyd clubs and Nuffield Health as well as being part of the training program for the Royal Air Force, Royal Navy, Royal Military Police and the Army.

In its partnership with MoreYoga, a company which aims to bring community driven yoga to the city at a much more affordable price, Broga wants to widen that concept to focus on the male population. At the moment, Broga classes are offered at four of the brandŌĆÖs 23 studios across London with a view to roll out across the whole estate later this year.

ŌĆ£One of the reasons for the partnership with MoreYoga, was to attract more men into yoga by stripping away some of the elements that may put them off,ŌĆØ says Balogh. ŌĆ£While there has been some scepticism about it, those who try it have loved it.ŌĆØ

This partnership will undoubtedly aid Broga in coming closer to meeting one of its long-term goals: to increase the number of men, worldwide, practicing Broga, whether that's through classes, workshops, or even teacher trainings in gyms.

"We also have a book in the works with Penguin publishing on what we do best in using yoga to help sports performance," beams Miller.

"But more importantly, we will continue to grow in new markets in Europe the Middle East and Asia as well as develop targeted programming focusing on new demographics such as children and the elderly."

Check out the Broga Facebook events page for all of the brandŌĆÖs latest events. 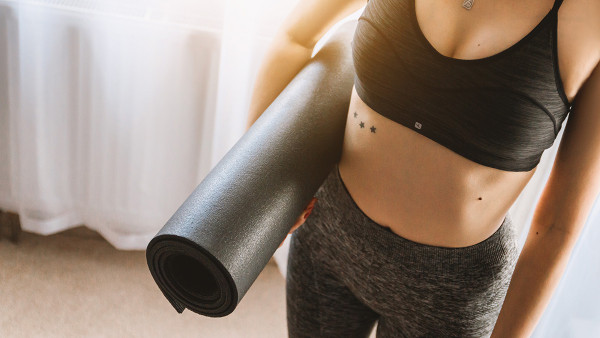 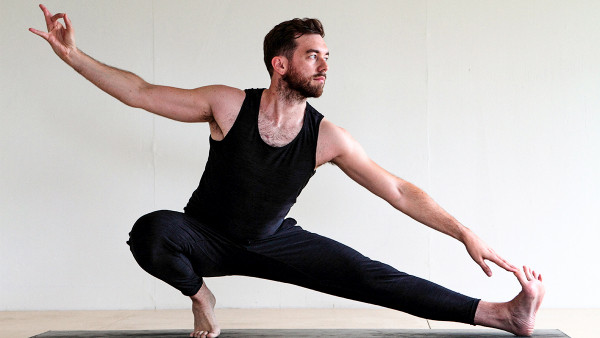 The best yoga exercises for men 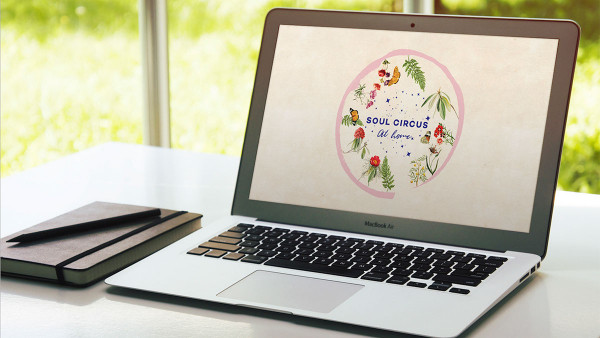 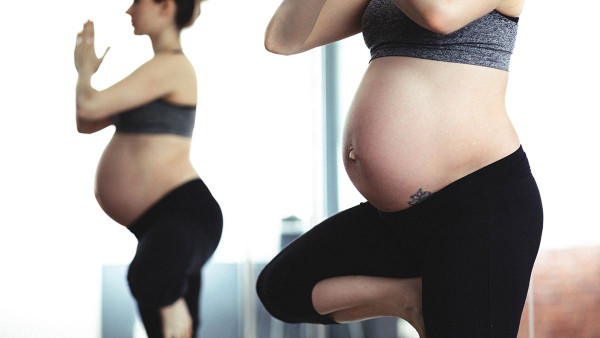 Buti yoga complete guide
A yogiŌĆÖs guide to buti yoga - what is it, what are the benefits and why do women love it? 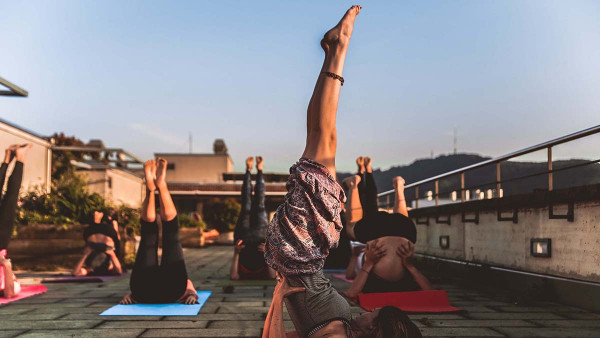 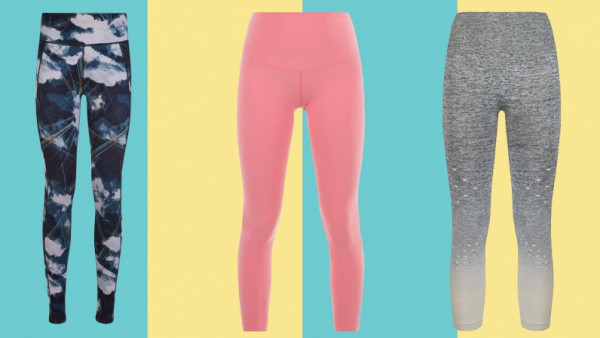 The best yoga pants for women
Tights, leggings, yoga pants - whatever you call them these are the best