The Checklist: Training and kit advice from a world-class sprinter

We get the lowdown on training, kit and how important music is to his sessions 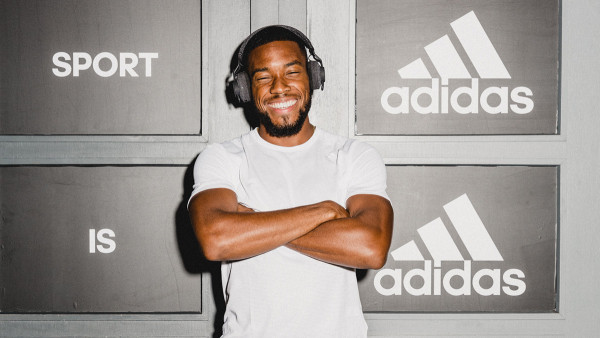 In our Checklist series of interviews, we feature amazing people doing inspirational things in the world of fitness and the outdoors.

This week, we speak to British track and field sprinter and adidas athlete Nethaneel Mitchell-Blake, a man who has raced in competitions around the world, holding a 200m PB of 19.95s and a 100m time of 9.99s.

We sat down with Nethaneel at the launch event for the new adidas Sport Headphone range to find out about his training, his plans, his music tastes and what sport he's really bad at.

What was the last event that you trained for?

But where my job is concerned I donŌĆÖt train for one particular event, I train throughout the season and with that comes events. I train every day because I might have a race every week. But ultimately every year thereŌĆÖs a big one, so this year itŌĆÖs the World Athletics Championships in Doha.

What kind of schedule program do you follow on a weekly basis?

In the winter IŌĆÖd say I train five days a week, then when it comes around to the summer it may taper down depending on how much you travel. For example, let's say I live in Florida and IŌĆÖve got a meet in Japan. - thatŌĆÖs 17 hours of travel, therefore I canŌĆÖt train like I would usually.

I might have to train two or three days because of jet lag, recovery and allowing my body to rest. So it depends where I am in the world, but typically in the fall four times and then come summer it may be three or four depending on travel.

I love when IŌĆÖm firing in the summer and itŌĆÖs shorter sessions - not so much lactic, not so much endurance. IŌĆÖm not heavy on the mileage as much as other people because IŌĆÖm a sprinter. I prefer the high intensity. Get the central nervous system firing - in and out sessions.

How do you evaluate a good training session?

When the bodyŌĆÖs feeling good. When my coach gives me some good feedback. ItŌĆÖs about how the body feels, what the clock says and what my coach says.

What do you think will be the next big movement in health and fitness?

I believe that health and fitness is a very big initiative right now and itŌĆÖs also attaching itself to a lot of global issues. Adidas have done a great partnership with Parley on the minimal use of plastic. People are starting to realise that health and fitness has a bigger meaning to more than just oneŌĆÖs body but to the surrounding ecosystem.

Do you listen to music while you train?

Yeah, it depends on what mood IŌĆÖm in. Various different genres - IŌĆÖm not set on a particular one. It varies depending on which mood IŌĆÖm in and sometimes before a big race I might not listen to any at all - but thereŌĆÖs music throughout my day at all times. It just depends on the time and how IŌĆÖm feeling.

What are the key items in your bag?

A softball - It just helps release certain parts of the muscle. I also have a runner band that helps me stretch.

What one item of your kit would you implore someone to use?

The Adidas Solar Boost. ItŌĆÖs a great shoe. Very comfortable. Structurally itŌĆÖs very good and I feel like like itŌĆÖs a shoe that could be conveniently used for many different things as far as workouts are concerned.

Where's the best place youŌĆÖve ever trained or competed?

The best place IŌĆÖve ever trained is South Africa. I love it there. It was surreal. I was in a gym and I was just looking at the cliffs and oceans and thinking is this real life? - that really inspired me to want to travel more.

The best place IŌĆÖve competed - IŌĆÖve competed in some really cool places - IŌĆÖd say itŌĆÖs between London, because itŌĆÖs home, and Berlin because of the history of the stadium.

WhatŌĆÖs the exercise you hate doing the most?

I hate winter training - anything over 200 metres really.

Probably something maybe by Max B.

How many push-ups can you do in one go?

Last time I checked about 70.

If you could compete or train anywhere in the world, where would it be?

Bali - just because. Why not?! Then we can drink coconut water afterwards.

IŌĆÖve got a Mount Rushmore to be honest with you: Mike Tyson, Thierry Henry, Tyson Gay, and Carmella Anthony.

Is there any sport youŌĆÖre really bad at?

Tennis. Because it looks so easy on TV, then every time Wimbledon comes around everyone gets in the tennis spirit. So my mum bought me a tennis racket and I went to the park and the objective was to have a rally. Not actually have a game but have a rally - and we failed at that. Tennis - IŌĆśm poor.

It depends on how training went. If it went well, IŌĆÖm eating green. If it didnŌĆÖt go too well, I might feel sorry for myself and have some chips or something.