Review: Hoka One One Clifton 7 | The daily cushioned trainer that still packs a punch 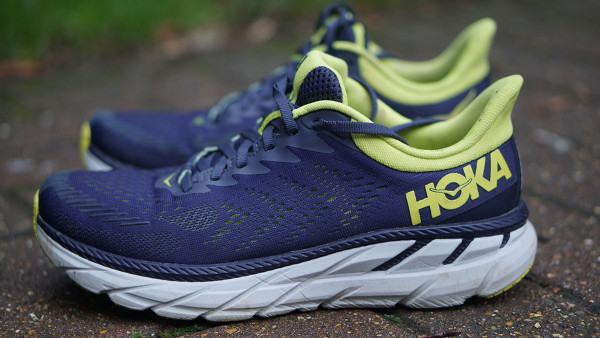 Saturday
Our experts choose the best gear, events and locations to help you do what you love. Get Sweat Go may receive affiliate revenue from monetised links ‚Äì but we'll only recommend stuff we believe in.

When it comes to daily running trainers focused on delivering a balance experienced, the Clifton range from Hoka One One is right up there. The latest version, the Clifton 7 aims to continue that widespread popularity seen in the Clifton 6, with a sprinkling of updates.

According to Hoka One One, the Clifton range changed runners‚Äô perceptions of what Hoka was when it was first released. Presumably that means delivering a shoe that offers a high level of cushioning but still has the responsiveness for those wanting to pick up the pace when they need to.

Although the latest version of the Clifton does have some modifications on its predecessor, the changes have been kept to a minimum. That's definitely a good thing when you consider that the Clifton 6 was an extremely popular shoe.

We've covered over 100km in the Clifton 7 so far, testing it out across multiple distances and training sessions. Should be be looking at it as an option for your next daily running shoe? We take a look.

The Clifton range has seen many changes over the past six iterations of the shoe. Some of these changes were met with joy, whilst others were less palpable to the running community. The Clifton 6 seemed to get everything right, offering an impressively balanced shoe that managed to deliver a high level of cushioning whilst still being relatively lightweight and responsive.

The result was a shoe that ticked a lot of boxes. As well as offering a soft, comfortable ride, it was no slouch when it came to picking up the pace as well. Basically, if you were the kind of person that wanted a shoe to cover you from training to faster efforts, the Clifton 6 delivered the goods.

Thankfully, Hoka has understood this and decided to keep things simple when it came to the design updates of the shoe. Predominantly focussing on changes to the upper section for breathability and comfort.

The first of these is the noticeable addition of the vertical pull tab on the heel area. It's a design feature that seems to be on trend at the moment with brands like New Balance and Puma including similar styles. Aside from helping you to pull the shoe on, there's not much it does when it comes to running. Looks nice though.

The second update is far more important: a new upper made from an engineered mesh material. It's a relatively thin dual layer material that feels flexible and contains perforations across the forefoot.

Other design features to note are the inclusion of a mesh gusset that holds the tongue in place when you pull the shoe on and off, there's the same EVA midsole cushioning from the Clifton 6, and you'll find an early stage metarocker design for a smooth heel to toe transition when running.

If you've already run in the Clifton 6 then there will be few surprises when it comes to the 7, save for the updated upper, which we'll come to shortly.

For those who are new to the Clifton range, the focus of the shoe is offering a balance between maximalist cushioning and the sort of lightweight, responsive feel that you need if you're hoping to up your pace, whether that's training or racing.

Balance is something the Clifton 7 does incredibly well. For slower training runs the healthy midsole cushioning offers a comfortable ride that makes longer distance efforts go incredibly smoothly. It's not as soft a ride as you might find in many cushioned shoes, but that's because the Clifton 7 isn't designed specifically for slow runs.

If and when you do want to go harder, there's a subtle level of responsiveness and hardness to the midsole that lends itself nicely to picking up the pace. It's by no means the same feeling you'll get from a lightweight race shoe, and if you're looking for a shoe solely for speedy runs there are better options.

We've tested the Clifton 7 from faster 5km sessions to training sessions over half marathon distance and found it does a good job in all cases. As with most all rounder shoes, it doesn't particularly excel in any area, it just does a good job across all of them.

When it comes to the new engineered mesh upper, we weren't quite so impressed. After covering around 10km we found that the toe box felt restrictive and uncomfortable. It's something we've noticed over half a dozen runs in the shoe and it shows no sign of loosening as it becomes more worn in.

There is a modest level of rubber on the outsole, however, we have seen some signs of the underlying EVA foam rubbing down on naked areas of the EVA midfoam.

The Clifton 7, like its predecessor, offers an impressive option if you're looking for a great cushioned all round shoe. Although there is a very healthy level of EVA midsole to minimize impact, there's still a hardness and responsiveness for picking up the pace.

There are, however, minimal updates to the shoe when compared with the Clifton 6 and the new engineered mesh upper does feel narrow and constrictive in the toe box. Because of that the Clifton 6 may be a better option if you're looking for a new daily trainer, especially if you can find it cheaper now its successor is released.

If you'd prefer to watch a video covering the Hoka One One Clifton 7 check out this review from our friends at The Run Testers YouTube channel.