Walking Rota Vicentina and Algarviana: On the trail of smugglers in Portugal

A far cry from Brits abroad, you'll be lucky to find another soul on this five-day trek 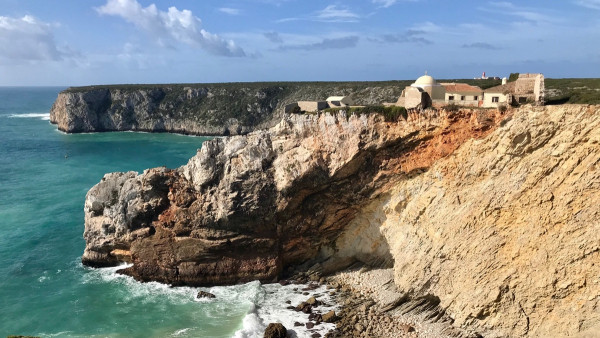 Becky got into long-distance solo hiking more for her soul than her body and now knows thereŌĆÖs nothing quite like a hike to still your mind. She has The Coast-to-Coast & Pennine Way under her belt, plus taking on tough trails in The US and Europe.

A journalist for the BBC by trade ŌĆō Becky finds getting out in the hills around her home of Manchester a tonic to lifeŌĆÖs hustle and bustle, and can regularly found tramping in The Peaks, dandering around The Dales or lugging her pack round The Lakes.

Going like the clappers for a PB or doing an Ultra anything ainŌĆÖt really BeckyŌĆÖs style; the countryside is for everyone ŌĆō and she hopes by writing honestly about walking more people will feel confident to visit more.

Becky got into long-distance solo hiking more for her soul than her body and now knows thereŌĆÖs nothing quite like a hike to still your mind. She has The Coast-to-Coast & Pennine Way under her belt, plus taking on tough trails in The US and Europe.

A journalist for the BBC by trade ŌĆō Becky finds getting out in the hills around her home of Manchester a tonic to lifeŌĆÖs hustle and bustle, and can regularly found tramping in The Peaks, dandering around The Dales or lugging her pack round The Lakes.

Going like the clappers for a PB or doing an Ultra anything ainŌĆÖt really BeckyŌĆÖs style; the countryside is for everyone ŌĆō and she hopes by writing honestly about walking more people will feel confident to visit more.

Sagres is the south-western tip of Portugal, where Europe meets the Atlantic. Below the sandy cliffs jade waves roll deep, turning turquoise, then frothing over the rocks. Surfers bob helplessly in the foam. Gulls float on whips of wind. Portuguese couples hold hands, eyes closed, breathing in the salty wilds. The sky turns lemon sherbet behind angry inkblots of storm clouds, as Europe turns her face towards the night.

This is the end of the day, at the ŌĆ£end of the worldŌĆØ ŌĆō and the start of the walk.

Well, itŌĆÖs not, strictly. I opted to do this route in reverse. For no other reason than I am the kind of woman who likes to end her hiking workouts in hilltop spa towns.

That blissful image kept me motivated, as I spent four days hiking north up the Portuguese coastline before turning inland and crossing through lush green hills and valleys to Monchique.

The trails are well marked, but the terrain can be tough; from sand dunes and shingle to steady unending inclines. But itŌĆÖs worth it. The Algarve region of Portugal is spectacularly beautiful, and when I undertook my trip, peacefully unpopulated.

Portugal, like much of the Mediterranean, will become incredibly hot in the summer. I hiked in March, when temperatures ranged from 15-22 degrees, but heavy rain came suddenly. March to May, or September through to November would be best.

How to get there

Faro Airport is a well-served holiday destination from most European countries. Public transport is patchy in the Algarve, buses serve the resort towns. I hired a car to drive to my end destination, before taking a bus then taxi to where I started the walk.

These hiking routes are designed to support local businesses and tourism. Little farmstays, hostels, guest houses, B&Bs and even luxury hotels dot parts of the route.

Staying in these small towns also gives you the chance to enjoy incredible, simple and fresh local food. A full list is here http://en.rotavicentina.com/accommodations.html

Think of this as a day of three thirds. The first stretch is a simple tarmac road that snakes out of Sagres to the 17th century Cabo Sao Vicente lighthouse ŌĆō handsome white, with a bright red hat against the brilliant blue sky.

ThereŌĆÖs a shop full of tatt and a proper toilet to enjoy before you stride out again. The next stage is tougher, leaving the road to follow the blue and green equals-sign route markers painted cutely onto rocks. The views are stunning ŌĆō sea spray against cliffs for as far as your eye can trace north. YouŌĆÖre going to walk that whole way though, on rocky and sandy terrain thatŌĆÖs no picnic.

By the time I entered the town of Vila Do Bispo at lunch I was already tired and only halfway. Coastal erosion makes the final third even harder ŌĆō dropping down into tiny beaches and then climbing back up again makes crossing the wind-whipped miles a real effort.

I lost clarity of the trail at Praia Do Amado as a storm rolled in with the tide. The final tiny town of Carrapeteira was once a hotbed of pirates and smugglers. Now only Portuguese construction workers hitting the local moonshine will shiver any timbers. Hostels are packed with surfers and volunteers on local farms as spring begins, but in March I was almost alone.

TodayŌĆÖs stretch shifts inland amongst cypress and cork trees and undulates gently up the hills of the Algarve. IŌĆÖd always imagined this corner of Europe to be far more dominated by the naff end of package tourism my fellow English so specialise in, but in fact this whole stretch of the Algarve felt rural, remote and refreshingly lush and green.

TodayŌĆÖs route is marked easily along farm tracks ŌĆō but this is where two Portuguese pilgrim trails intersect, so make sure youŌĆÖre certain of the path you wish to follow (all maps contain colour keys that coordinate with the signs ŌĆō yesterday was green-blue, today is red white, some trails are circular marked with yellow).

It is here that I must confess that a lack of sunscreen the previous day made me sick, dizzy and weak. And upon arriving in the village of Arrifana after 13 miles I opted to catch a ride to Aljezur. Those tougher will be rewarded with a dramatic entrance into the town via the battlements of the 7th century castle.

Hitchhiking, in company, with wariness, is socially acceptable in this area as buses are infrequent and taxis quite rare; I was picked up by very friendly German retirees. A shame, but having time to recover properly in the charming town of Aljezur (home to a Museum of Sweet Potato no less) was the perfect tonic.

Another day and a switch of route ŌĆō today you take the Via Algarviana, a main artery through Portugal going west to east. You leave Aljezur via the new (novo) town ŌĆō a second town square and church mark your exit ŌĆō rebuilt afresh after an earthquake shook the original settlement.

You continue upwards into the inland hills, passing orange groves in March, bursting with fragrant fruit and dotted with blossom-seeking honeybees. The temperature will now rise, so pack plenty of water as there is little along the way. Elevation is the theme today ŌĆō youŌĆÖre heading for a mountain town and you must go up.

There was a point that weŌĆÖd been winding so long through the trees I completely lost any sense of direction and was forced instead to just trust that eventually IŌĆÖd emerge in civilisation. This was not quite true; as Marmelete was so quietly quaint only three grannies and a limping dog greeted me.

But by gosh that view; a hazy green blanket of trees softly spreads all the way to the glistening horizon of the Southern coastline, dotted only with white freckles of villages and sinking into a deep peach sunset. Suddenly the walking is forgotten.

The map believes this day to be only eight miles. My legs and step counter did not. Altitude has been reached but still somehow there were more hills to climb, even in early March this day topped 22 degrees and I was exposed.

Summer 2018 saw a rash of fierce forest fires in this region and the landscape is still charred, the leaves yet to return. It gave this stretch an eerie feel at times but that sweeping valley view keeps returning and forces a big smile onto even the weariest face. Your destination tonight is the Portuguese spa town of Monchique, where sulphur springs have healed since Roman times.

The market town contains numerous places to stay but 6km south (and mercifully easy via a regular bus) takes you down to Caldas, where a 19th century spa hotel is being slowly restored and this writer had a three-course chicken dinner with a bottle of wine for Ōé¼15 in a roadside caf├® and felt relief and joy.

These trails are long, extendable and easily explorable. Upon reflection I attempted to pack into four big days what a hiker of my stamina should really have spread more gently over five. I am already looking forward to returning and trying this again. 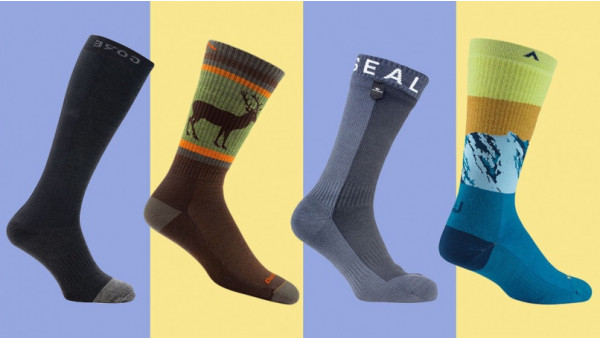 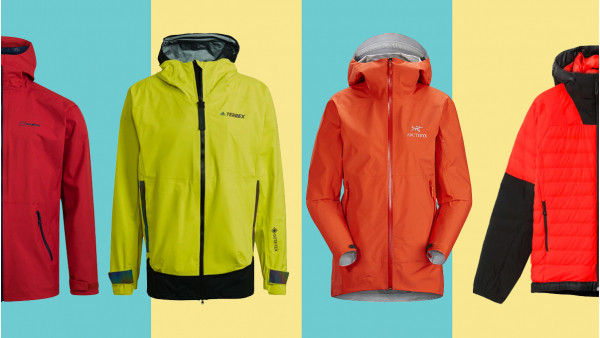 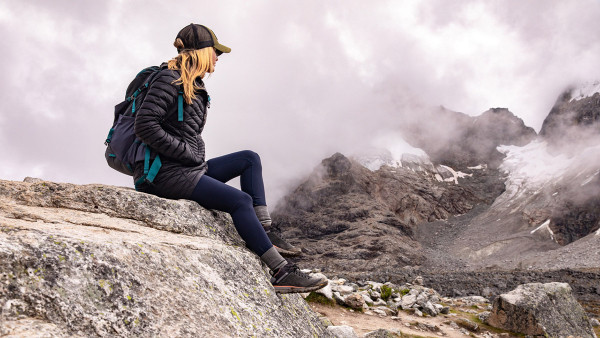 The 11 best hiking boots for women 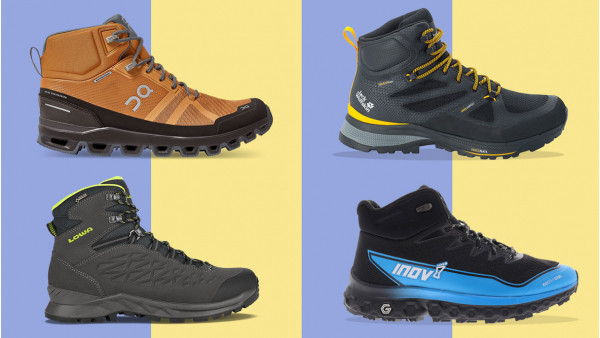 The best hiking boots for men 2022 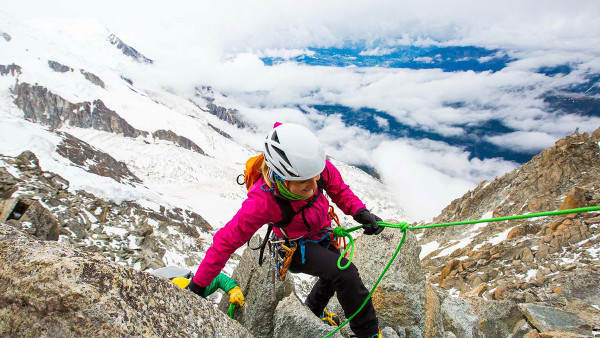 The ArcŌĆÖteryx Alpine Academy in Chamonix
Four days of events including a bouldering wall, art exhibitions and movie premieres 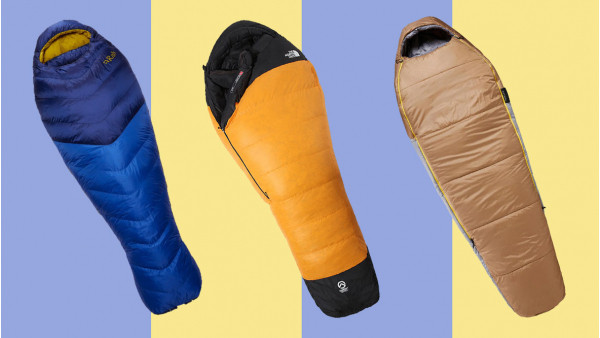